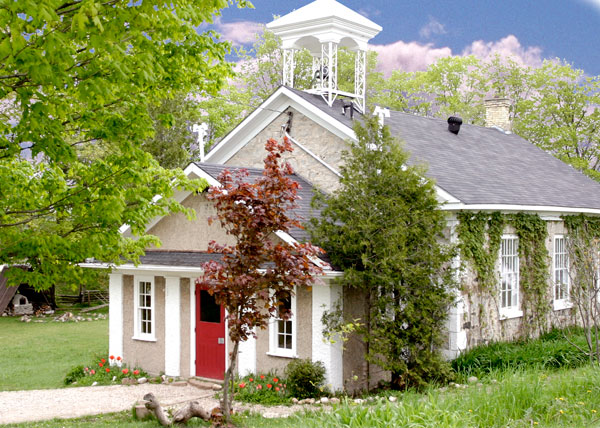 Edge Hill Country School is inspired by the Waldorf philosophy of schooling. Our purpose is to offer a learning environment that draws forth each child’s ability to think clearly, feel deeply and act purposefully.

Our curriculum is designed to:

Our goal at Edge Hill Country School is a balance of intellectual freedom, artistic creativity and a sense of social responsibility.

Edge Hill School offers a broad curriculum, planned to achieve a balance between the sciences, the humanities, and the arts. Appreciation and reverence for the natural world, as well as the cultural heritage of humanity, form the core of the curriculum. Throughout, an emphasis is placed on the development of the child and the integration of knowledge with the student’s own experience of life. Thus, deep involvement between student and subject becomes a source of real joy.

The Association of Waldorf Schools of North America

Education of the whole child

The uniqueness of each child

The teacher as mentor, role model, and guardian

Recognition of, and reverence for, the spiritual nature of the human being and in all things.

Integrating the philosophical and the practical 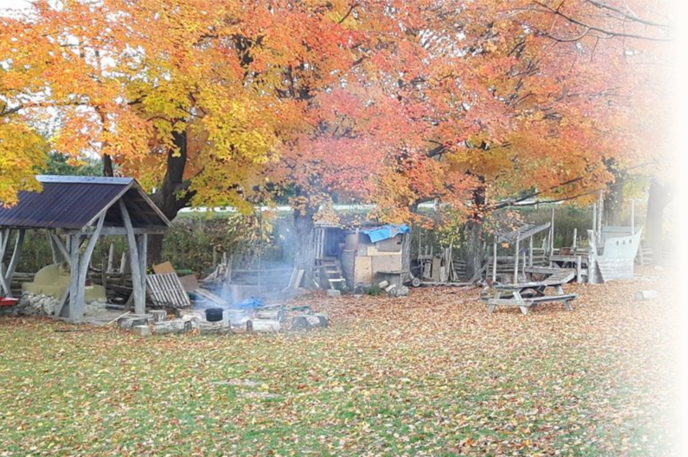 The first thing you notice when you pull up to Edge Hill School in the morning is motion.

Children are climbing the rough wooden structures, pumping the swings for all they’re worth, exploring in the mud, calling to each other to play. Children, from about 4 to about 13 years of age, are all in evidence in the schoolyard, playing and visiting side by side.

They are called to class, in one of the three small buildings on the grassy property, by a school bell, an actual school bell, pulled on a rope by one lucky kid each day.

This is life at Edge Hill, a rural school, based on Waldorf education.

Edge Hill School, located just outside Durham in Grey County (less than two hours north of the GTA) began as a stone schoolhouse at these crossroads in 1872. It was an ungraded school until the early 1960s and many local residents recall fondly their years there through the decades.

Inspired by the Waldorf philosophy, in the fall of 1986, the efforts of a small group of parents transformed Edge Hill into Edge Hill Country Day School. It draws from the fastest-growing independent school system in the world.

Founded in 1919 to serve the children of factory workers in Germany, its originator Rudolf Steiner was charged with the task of developing an educational approach that encourages a sense of social responsibility, respect, and compassion; to teach children how to work co-operatively; and to enable them to contribute to society and culture. Studies have found Waldorf-educated pupils to be unusually oriented towards improving social conditions and having more positive visions of the future.

The Waldorf interdisciplinary approach to learning, using practical and artistic as well as academic elements to make learning deeper and more memorable, is catching on world-wide.

As of 2011, there were 998 independent Waldorf schools and 1400 kindergartens in sixty countries throughout the world. Waldorf schools existed for both races in apartheid South Africa. There’s a Waldorf school for Arab and Jewish students in Israel, and there is a Friends of Waldorf foundation with links to UNESCO.

There are some pretty compelling reasons for this rising popularity. As mainstream school systems focus on costs and disparate demands from parents for “more, faster” and the results show up in stressed-out families and over-scheduled lives, the Waldorf movement could be considered a companion to the “slow food” movement.

Edge Hill is inspired by the well-established and astonishingly effective Waldorf curriculum and approach for its students from kindergarten to Grade 8. There is a separate Parent and Tot program that operates in Spring and Fall.

You notice the difference as soon as you enter any of the school’s classrooms: there’s both simplicity and richness. Each class includes a nature table, beautiful paintings and other student work, a chalk drawing on the blackboard relating to the current lesson “block”.
There are basic school supplies, but no computer screens. We emphasize the importance of the right thing at the right time and insists on allowing the child the chance to have a childhood, with particular importance on imagination, learning by doing and times to simply “breathe out”.

Each day includes a main lesson block, a two-hour period in which students explore that block’s topic in depth.

A Grade 3 class, for example, might learn about the pioneer days by listening, observing and doing . They will revisit the topic through drawing or painting, through hearing and creating stories from the era, from learning skills from the time period by creating a useful object.

Their other daily lessons will reinforce their learning: perhaps they will improve their hand-eye co-ordination by knitting, or their math skills by calculating the number of trees required to build a log cabin.

Many of the activities are developed by the class teacher, who develops a very close bond with each child as a result of the small class sizes and strong sense of community. There is a strong focus on using local assets, from visiting conservation areas to recruiting parents skilled in a relevant discipline. Students here have learned astronomy from a fall sleep-out, medieval cooking from creating their own Rich Man/Poor Man feast and math skills from creating and running their own fundraising activities.

Where you really notice the difference is when you speak to the children. They are actively engaged in learning, even when they don’t know it. They take their lessons with them and the transition from learning to recreation is practically seamless. At recess, you can see children re-enacting the morning’s Greek myth or practicing balancing skills on the long logs temptingly laid out in the school yard. The Grade 5 botany block results in those students wandering under the trees, delighting in their ability to identify the different species. You might find the Grade 3 class bringing their structures block to life by building a fort.

While these are still children of the 21st century, they are not preoccupied with screens and pop culture. They are involved with the living world and their discovery of what’s in it. Their focus is paying off: many of these children who enter region-wide competitions, in everything from writing to public speaking to music to visual arts, distinguish themselves, often in disproportionate numbers to the size of the school. This, too, is a world-wide trend: we are seeing the results in alumnae who have learned good habits of mind and take on the wider world of higher education or making a living with gusto and with great success and personal satisfaction.

Visitors often comment that they wish they’d attended a school like this and indeed many families are prepared to make major changes in lifestyle to ensure their children have this advantage.

You can see Edge Hill Country Day School in action in May when the students, faculty and parents offer a celebration of the warmer weather with May Fair. You can watch the students dancing around the May Pole, take part in field day events, listen to music, purchase natural and organic items in the vendor area.

Founded in 1986, Edge Hill Country School is part of a world-wide educational movement with a highly developed curriculum to teach the whole child in an artistically and academically rich environment. 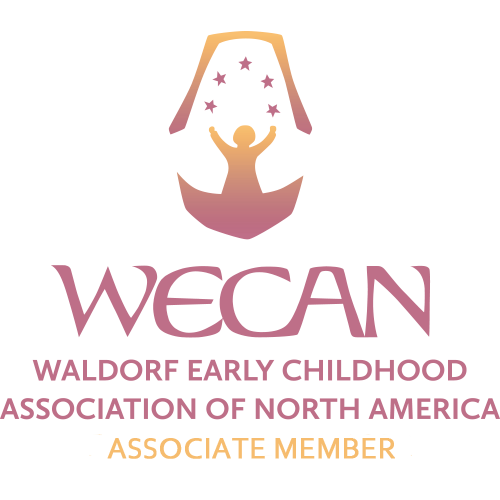